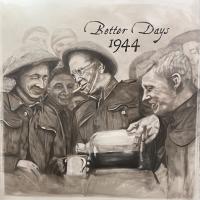 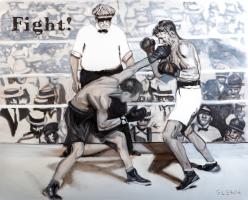 In the Lowest Places 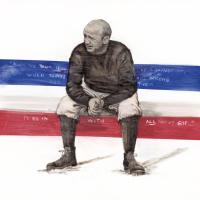 When the Team is Up Against It 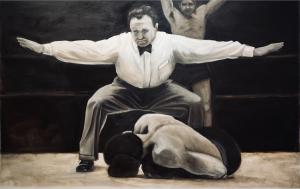 Birth of a Champion Faded, but Not Lost Artist Glenn Beck, born in 1964, and raised in the Seattle area, is an enigma to some. Perhaps even to himself. He has lived and thrived in New York City for years doing his top-rated radio show and industry changing TV show, both on CNN and Fox, while owning a ranch in southern Idaho. He runs one of the world’s largest night tech streaming services and, yet, doesn’t carry a cell phone and prefers to type on an old Selectric typewriter. He has written over 20 New York Times best sellers, many of which have nothing to do with politics. Glenn has had number one books in Fiction, Non-Fiction, Self-Help and Children’s books.  He can seem harsh to some on air, yet as a philanthropist has raised and given away, through his charities, over $60 million in the last ten years alone. While on the right, many of his good friends are not - including renowned photographer George Lange. He is inspired both through Mr Lange’s art and their long-time friendship. According to Glenn, “George taught me how to allow my heart to see through my eyes.”

Noting some of his greatest artistic inspirations… the foremost being Orsen Welles. Growing up listening to Welles on the radio, inspired Beck’s love of voice and story. Same for the vision and magic of Walt Disney who, through moving pictures, made a mouse America’s largest star. His personal art collection includes Winslow Homer, Jeremy Lipking, John Moyers, Thomas Blackshear, Dennis Ziemienski, Harry Jackson, some of America’s earliest Illustrative artists and Arnold Freiburg. Freiburg’s color study of The Prayer at Valley Forge hangs just outside of Mr. Beck’s art studio.

Beck’s love for American History and storytelling is seen throughout his work, with the hope of creating a uniting true image of the America we all long for and love. Politics aside, Mr. Beck’s gift of storytelling takes a new bend in the path with Heroes, Myths and Legends, a new collection ringing of nostalgia and life, while emphasizing a hopeful future, and getting back to what makes us all ‘Limitless’.

Glenn Beck splits his time between Dallas, Texas and Idaho, with his wife Tania, and their four children. He is a prominent supporter of Operation Underground Railroad, and currently is readying the opening of an American history Museum located in Texas.

His body of work can be seen at Park City Fine Art. Proceeds of works sold will be donated to MercuryOne, one of Mr. Beck’s non-profit organizations that includes a history museum whose library is only surpassed in volume and significance by the Library of Congress and The National Archives. MercuryOne also houses education classrooms, a large first responder team for natural disasters, two anti-human trafficking teams, The Nazerene Fund, which has freed, fed and housed over 100,000 religious minority refugees from the Middle East as well as continues funding for Operation Underground Railroad.

Get lost and find hope in the eyes of America’s Heroes, Myths and Legends. 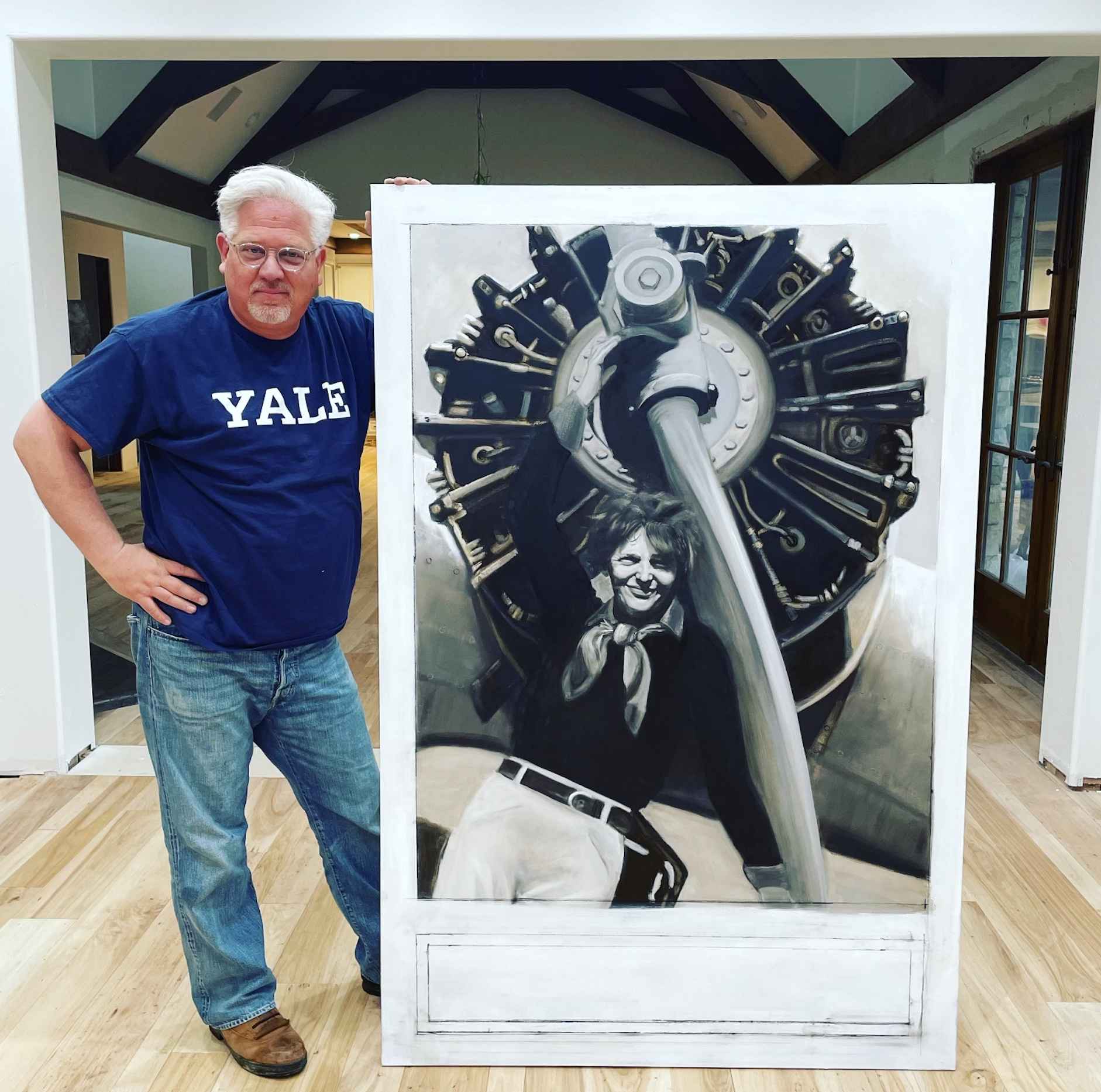