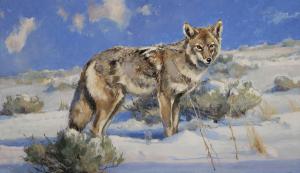 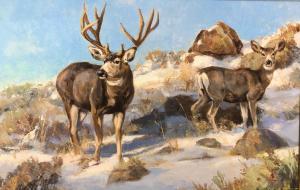 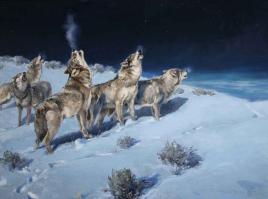 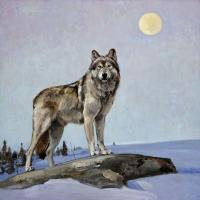 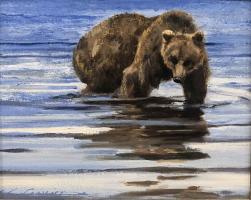 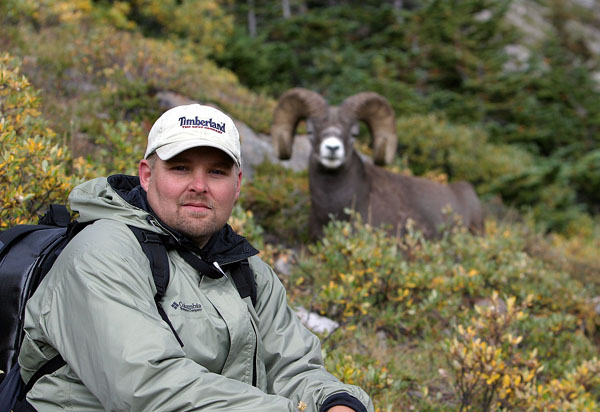 Frazier grew up hunting and fishing in the mountains of northern Utah. These early forays into nature instilled a kinship with the wildlife, and a passion for the outdoors. As a child he spent hours scribbling, sketching and sculpting wildlife. Later, his formal art training occurred at Utah State University, where he earned a Bachelors of Fine Arts degree in painting and a Masters of Fine Arts degree in illustration.

Every year, Frazier travels through Alaska, Canada, and the American West painting and photographing animals in their environment. His love of fly fishing and hunting is apparent in his work. Influenced by the art of Winslow Homer, Edgar Payne, Bruno Liljefors, Wilhelm Kuhnert, Carl Rungius, Bob Kuhn and Ken Carlson. Frazier appreciates the strength of drawing, color and emotion put into their art work.

Frazier's work has often been compared to that of Carl Rungius and Bob Kuhn, noted masters of wildlife art. In a recent article in Wildlife Art, Bill Kerr, cofounder of the National Museum of Wildlife Art and a personal collector of Frazier's work, stated, "What impresses me about Luke Frazier is his potential, he's talented, he's dedicated, his work reminds me of some kind of an exotic combination of Kuhn's modernism and the classic palette of the academicians." John Geraghty, a Frazier collector and board member of the Autry Musuem of the American West , said, "It's exciting when young artists emerge who know their material yet do not feel threatened by taking suggestions from the masters. You can tell by the way they work how serious they are, and you can see the continuing improvement in Luke's work, especially in his design. He is influenced by other greats like Kuhn and Carl Rungius, but at the same time he's his own man."

Frazier's work has been included in the book Leading the West, written by Don Hagerty, in conjunction with Southwest Art magazine, and published by Northland Press in 1997. The book profiles 100 of the best living painters and sculptors working today. In 2007 Frazier was included in the new book The Fine Art of Angling, and his work "The Tillamook Creel" adorned the cover. Earlier in 2007, Frazier was chosen to be the Jackson Hole Fall Arts Festival featured artist. In 2010 Frazier was honored to be the featured artist for the Southeastern Wildlife Expoistion, in Charleston South Carolina. He has been profiled in Art of the West, Wildlife Art, Big Sky Journal and Southwest Art. His paintings frequently appear &Stream, Gray's Sporting Journal, Sporting Classics and Alaska.

He recently received the Artist Choice award and the Patrons Choice award at the 2011 Briscoe Museums, "Night of Artists Show". He also received the Founders Favorite Award at the Art for the Parks competition in 2002 and the Wildlife Art Award in 1994, 1996, and 1997, and has been recognized on the National Parks stamp. His work is represented by Legacy Galleries, Jackson, Wyoming, and Scottsdale, Arizona; J.N. Bartfield Galleries, New York; Stephen B. O'Brien Galleries, Boston, Massachusetts, and The Gallery at Midlane, Houston, TX.

In July of two thousand, Frazier was honored to join 40 other artists at "Wildlife for a New Century," an international invitational exhibit at the National Museum of Wildlife Art. In February 2004, Frazier was invited to teach a workshop, "Sporting Art and Big Game hunting" at the National Cowboy & Western Heritage Museum in conjunction with the "Art of American Arms Makers" exhibit, which featured work by N.C. Wyeth, Fredrick Remington, W.R. Leigh, Carl Rungius and Phillip Goodwin.