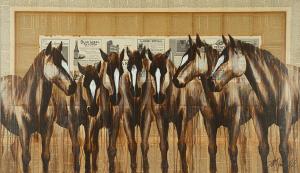 For a Long Moment For All The World Beside (Triptych) His For A Song 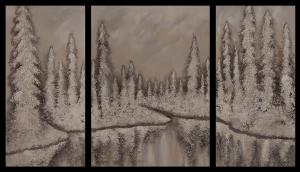 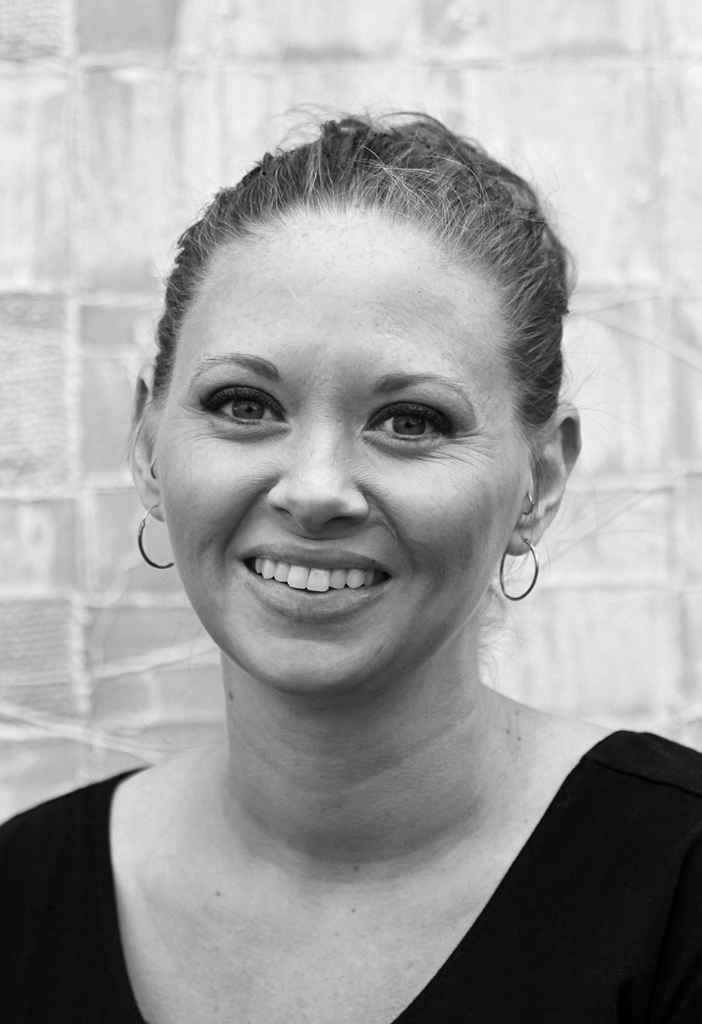 AM Stockhill specializes in richly textured painting surfaces, and warm, earth-inspired tones. Of special interest to AM are the subtle variations in colors and textures created by the "Rock Wall" series and the timeless spirit created by the integration of old book pages into paintings, as in the "Book Series". Books that have lost their intrinsic value due to damage are preferred. Old Western novels, history books, and other papers from the past help portray the passage of time. AM is especially drawn to painting the spirit of the subject, its beauty, passion and power. The applications of many thin layers of pigment are used to create a sense of depth. “Many of my paintings require twenty to thirty individual glazes of pigment in order to obtain the luminosity and emotional impact that I seek.”

2011 "The Young and the Restless", Dana Gallery, Missoula, MT